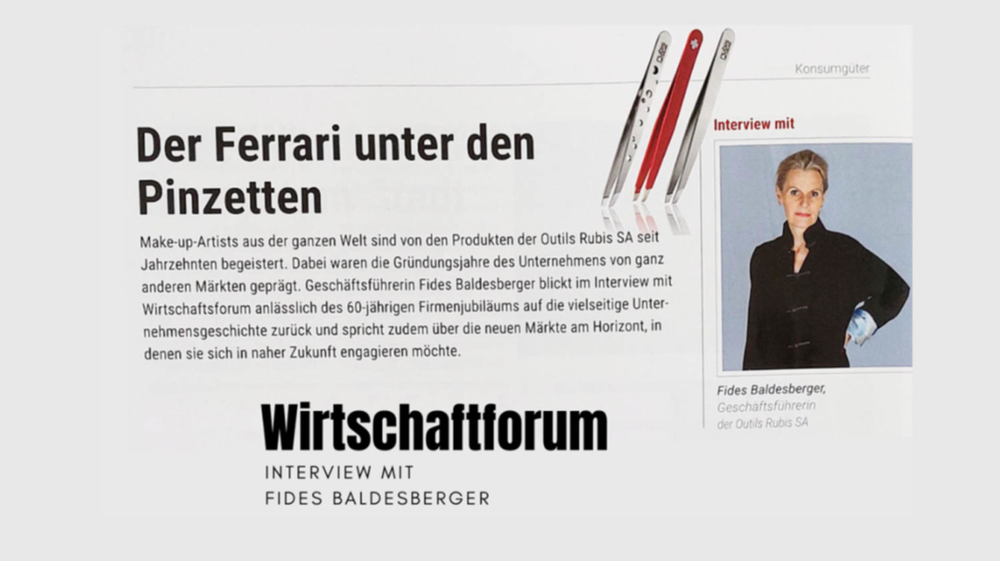 Make-up artists from all over the world have been enthusiastic about the products of Outils Rubis SA for decades.

Yet the company's founding years were characterized by completely different markets. In an interview with Wirtschaftsforum on the occasion of the company's 60th anniversary, Managing Director Fides Baldesberger looks back on the company's multifaceted history and also talks about the new markets on the horizon in which she would like to become involved in the near future.

Business Forum: Ms. Baldesberger, in 2021 your company celebrated its 60th anniversary. A lot has changed over the decades, especially in your product range.

Fides Baldesberger: When Outils Rubis was founded in 1961, our company was not at all concerned with cosmetic products. Instead, we specialized in the development and manufacture of precision tweezers for the Swiss watch industry. At that time, our products were mainly used to insert rubies into watch movements - hence the name of our company.

Business Forum: The quartz crisis in the 1970s was then followed by the first paradigm shift for Outils Rubis.

Fides Baldesberger: In any case, the strong change in the watch market at that time led us to our first major diversification strategy, which was also obvious in view of our know-how in precision tweezers: In this way, we were able to open up interesting markets in Silicon Valley and in Asia in the 1980s in supplying the semiconductor and computer chip industry - after all, there was also a great need for precision instruments there.